Rickwood Field opened in 1910 and is listed on the United States Register of Historic Places. It is the oldest professional baseball park in the United States and is a great tourist attraction for the City of Birmingham.  Since 1996, enthusiasts from across North America visit Rickwood to attend AA regulation game, named the "Rickwood Classic" which is played in May.

The grandstands at the park are constructed of concrete and steel, with steel roof girders and trusses supporting wood roof decking. Over time, the structural conditions have deteriorated considerably. In March 2017, the City of Birmingham called on BHATE to conduct an initial assessment and determined that that the structure posed safety concerns for visiting Rickwood Classic patrons. The park was closed and the City of Birmingham retained BHATE for further structural condition evaluation and to develop remedial and repair measures. We are proud to be a part of this historic restoration project. 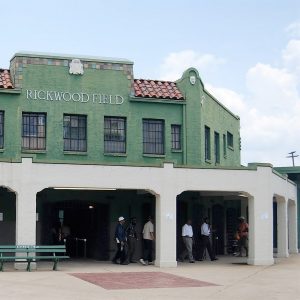 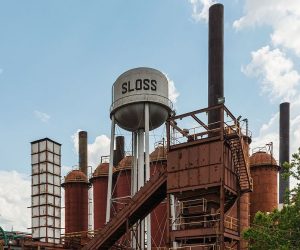 Sloss Furnaces was designated as a National Historic Landmark in 1981 in Birmingham, Alabama. It operated as a pig iron-producing blast furnace from 1882 to 1971. After closing it became one of the first industrial sites to be preserved for a park. In 1977, efforts for the preservation of the site were undertaken by the City of Birmingham. BHATE was retained through the late 1970s through the mid-1980s to assist in the evaluation of the condition of the existing structures, structural steel and other building components that were to be preserved and stabilized.

The Vulcan statue at Vulcan Park & Museum in Birmingham stands on a pedestal that is 123 feet tall and consists of 29 cast-iron components with connecting flanges that are bolted together internally. The completed weight of the Vulcan's figure alone is 100,000 pounds with a total weight with accessories of 120,000 pounds. BHATE was retained in 2002 to provide engineering and testing services for the restoration of the original tower and construction of the Vulcan Center building. Vulcan Park & Museum were officially re-opened in 2004. The park is underlain by underground iron ore mines. 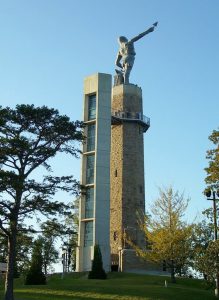 The Lyric Theatre is a former vaudeville constructed in 1914. In early 2014, Birmingham Landmarks announced that $7.4 million had been raised, making it possible to begin interior renovations. BHATE Geosciences was retained to provide an evaluation of the foundations and structural condition of this historic structure.

The Alabama Theatre (across the street from the Lyric Theatre) was built in 1927 to show silent films.  In 1987, Birmingham Landmarks purchased the Alabama Theatre to restore the facility and save its Mighty Wurlizter organ. BHATE was hired to evaluate and monitor the condition of multiple floors in the building affected by an elevator shaft installation as well as perform subsurface exploration within the basement to allow for construction of additional restrooms on the basement level.